by Quinntero
by DGST 201, Tinkering
No Comments on Dream Big, But Start Small 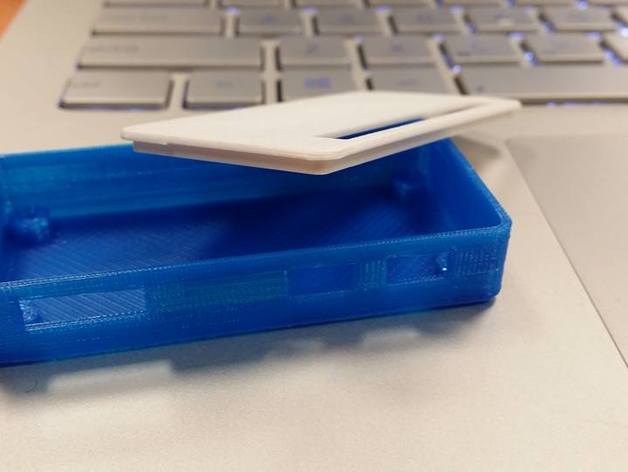 So, after today’s lecture in DGST 201, it became clear to me that maybe starting off with Igor’s lightswitch might be a bit ambitious. So, in an uncharacteristic burst of self discipline I scaled back my expectations and hunted for another project that would be smaller, simpler, and more realistic for a first-timer.

I hunted around on Thingiverse for something I could make that I could actually use.  Not just a random chess piece, but something I needed or could really use to do something.  I found that Adafruit had a pattern to make a Raspberry Pi Zero case.  I could clothe my new, naked computer!  The pattern was here: http://www.thingiverse.com/make:188275

After downloading the two .stl files, one for the case and one for the lid, I opened them in Dremel 3D IdeaBuilder and rotated them down to lie with the long flat solid side (bottom) of the case on the bottom plane of the software’s grid environment, and did the same for the long flat solid side (top) of the lid.  I saved them in that software as a .g3drem format for our lab’s Dremel printers on an SD card which I popped in to the printer and with only a few button pushes it was set in motion.