Today’s Daily Create was to summarize a movie in two panels.  Since we’re focusing on HBO’s The Wire this semester, I chose to summarize Season 1 episode 8 “Lessons” in two panels. The epigraph of this episode is “Come at the king, you best not miss.” which is Omar’s quote and refers back to a chess lesson in an earlier episode, so I included the king chess piece.  The theme of lessons being taught and learned repeats throughout this episode with Orlando learning that his role in the drug organization is only to be the front man and run the club.  Police officer Kima Greggs learns she made a mistake in an earlier drug bust, and Wallace helps some kids on their math homework by re-casting the problems in terms of drug lingo which they understand. 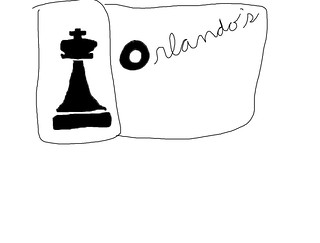